Acquiring energy infrastructure from PEMEX and CFE  a risky investment?

30 May Acquiring energy infrastructure from PEMEX and CFE  a risky investment?

Posted at 11:02h in Publicaciones by O’Gorman&Hagerman 0 Comentarios
0 Likes

On December 2013 when the energy reform was launched, investors in the field wondered where the best business opportunities to invest in Mexico would be. No one would’ve thought that they could be in the acquisition of infrastructure and assets from PEMEX or CFE, simply because at the moment their assets were just not for sale; mainly due to legal and financial reasons. The situation of the Government’s Productive Companies (Empresas Productivas del Estado) is now different, as they are no longer considered authorities, but a sort of hybrid between public and private entities somehow financially troubled. 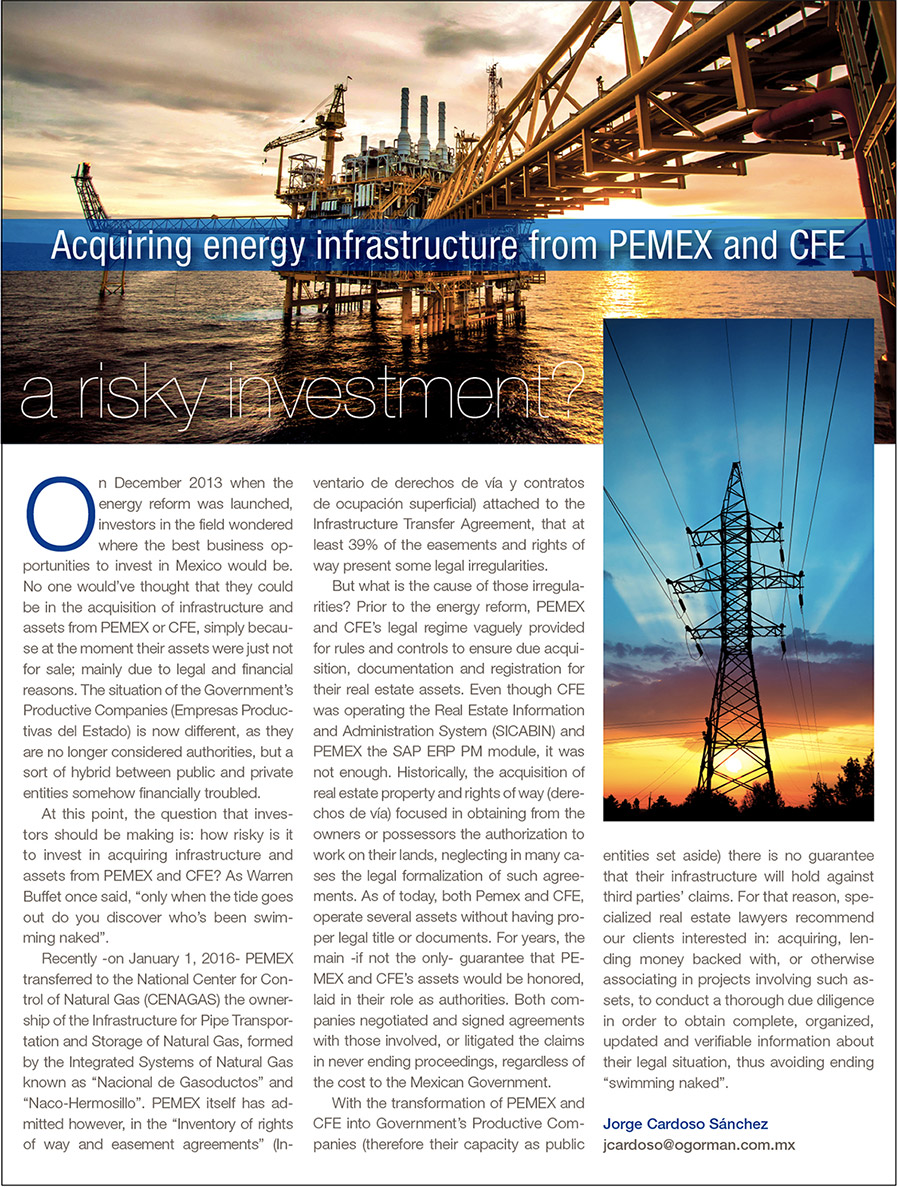